Is Time Running Out for You?

How Affluently Will You Be Living…

When It’s Time To Retire? 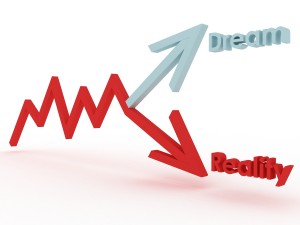 If you retired today, would you have sufficient retirement income to support your current spending habits? If not, when will you create your retirement income? And if you’re not ready to do that, how would you feel about the idea of living in poverty during those retirement years?

Think about what your life would be like, living on 1/4 or 1/2 of your current income and then stop procrastinating! The time to act is NOW. In fact, it’s NOW or never, because if you don’t act now, you won’t.

“Someday I’ll“… is an ego con designed to keep you in the box. Your ego is stopping you from making what would have to be an out of the box BEING commitment that would solve your retirement problem. Solving that problem, creating retirement income, requires a serious change in who you are BEING.

Before you could get serious about creating sufficient residual income on which you could retire, you’d have to commit to a new way of BEING. And your ego doesn’t want that to happen, so it procrastinates, blocking your good intentions.

The fact is, you won’t really be able to create that retirement income until you’ve chosen to BE Wealthy. And your ego won’t ever choose out of your old way of BEING. So the spirit of God in you must BE the one that makes your BE wealthy BEING commitment.

According to the natural order of change, before you could commit to BEING wealthy, you would first have had to reject the BEING choice that has you procrastinating. If you can do that, if you can say “NO” to the procrastinator in you, you can choose out of your box into a new BE wealthy commitment.

If not, without that new BEING commitment, you’ll be screwed when you decide to retire. So, if you’re not ready to commit to BEING wealthy, be ready to budget your expenses big time. You’ll also want to brace yourself to accept a severe reduction in your living standards.

Just know this, when you stop working, the money will no longer be there to support your current spending habits. You may want to rethink your lackadaisical delayed approach to the retirement issue.

Thinking about it is your ego procrastinating on a decision whose time has come. It’s time to act. There’s no time left for thinking about it, because if you don’t act now, you must know that you won’t. So resign yourself to living your retirement years in poverty-like circumstances.

I’m 92 years of age and my retirement income was established many years ago. I’m fixed for life and have no need for additional income, but to prove it’s never too late, starting form scratch, I plan to create an additional BE wealthy type retirement income in two years or less.

You’re welcome to join me in that endeavor as part of my team of BE wealthy entrepreneurs. With that in mind, if I could show you a way to become wealthy in two years of less, would you be interested?

Today, for those of you who are deadly serious about creating a retirement income, I’m launching the means by which that could happen for you. It’s called: The Become Wealthy in Two Years or Less Club.

Once you’ve been accepted into this club, I can almost guarantee you’ll end up with sufficient passive income on which you could retire in two years. And that, by my definition, would make you wealthy. If you can see yourself wealthy in the next two years, join the club and become wealthy with us.

You won’t be able to create that retirement income until you’ve chosen to BE Wealthy. Otherwise, you wouldn’t be sufficiently motivated to stay the course. If you’re ready to act, you might consider joining me as a charter member of my BE Wealthy in Two Years or Less Club.

If you are interested, send an email to darel@richbits.com with “About Joining the BE Wealthy Club” in the subject line. 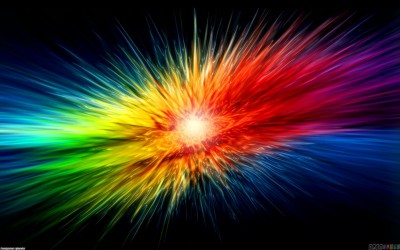